The other day I was sitting in a park, on my own, daydreaming. As you do. 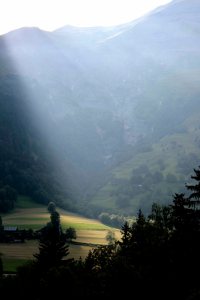 So there I was, staring into space, probably dribbling slightly with my gob wide open and my eyes glazing over. I’d like to say that I was thinking about any of the following:

I suspect (and I can’t be sure because I was in that trance-like state of higher consciousness which involves dribble on chins, as previously mentioned) that I was actually thinking about all or any of the following:

So anyway (stop me if you get bored), there I was, in the park at lunchtime, looking deceptively thoughtful and intelligent, when along came an stooped yet smiley old man, with a carrier bag in one hand, wearing an anorak; the kind of man that I might usually edge away from on the bus, because that’s the kind of prejudiced soul I am (and don’t tell me I’m the only one). But I was in a deep reverie, thinking about gin existentialism, and so his interruption took me by surprise.

Which, actually, was a good job.

Because for once in my life I listened.

I didn’t smile that fake smile which I had spent years mastering on the London pavements, the one expressly developed to look as least like a smile as possible while still maintaining a pretence of that unique and inexplicable English politeness which demands that you are not overtly rude to failed actors jumping in your face and trying to convince you to part with your hard-earned cash.

I didn’t explain loudly that “I really must be off now, yes yes, very interesting, OK, bye bye, BYE BYE”, as I usually would.

I didn’t even pretend to not understand a word of French and talk back loudly and slowly in a fake English accent (generally my last resort when weirdos talk to me round here).

I listened to what this Roy Cropper look-alike had to say. And, for once, I was glad because, for once, the weirdo in the street had a point.

The problems of the world will not be solved through endless debates about religion, politics or war. They will only be solved by people being good. And being nice to each other. And forgiving each other. And moving on.

Seriously, that was it. “Stop debating. Just be good.” 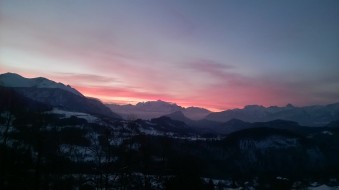 So I listened, and I talked, and I thought, and I went back to work after my lunch break a calmer and (hopefully) nicer person. My feeling of goodness and deep inner reflection lasted all day, right into the evening when I came home and serenely explained to my kids (against the backdrop of Alpine Papa’s warning of not talking to strangers in the streets, and not being taken in by weird Swiss cults) what the man had said, and how it had made me think, and how I agreed that the world really is a better place if people are ‘just good’.

I think they took it to heart. Especially once I had faithfully carried out our usual evening ritutal of me screaming at the top of my lungs at them for not eating their dinner, for answering back, for fighting, for not brushing their teeth, and for just not damn well going to bed dammit (“WHY CANT YOU STOP DEBATING AND JUST BE GOOOOOOOD?!??!”). I’m a great mum, me; don’t let anyone tell you otherwise.

So there. That’s it.

Don’t worry, I’ve not joined a cult, and I am still neither calm nor good – life doesn’t change just because a wise old man with a tattered carrier bag interrupts your lunch break. But one day, I will stop debating, and just be good.

And if all that is too deep for you, and this post is making you worry about Alpine Mummy’s sense of fun/mental health, then you will take great delight, I’m sure, in knowing that at least an hour after getting back from lunch I looked down at my black shirt and realised that during my life-changing epiphany I had managed to drip yoghurt all down my boobs.