I’m not one of those parents who routinely ‘lie’ to their kids to keep them in order. Not out of any sense of moral wellbeing, but mainly just because I’m no damn good at it. Lying, that is. (Or keeping my kids in order, come to think of it.) I simply can’t come up with elaborate tales to get them to eat their carrots or to not say rude things about people in the supermarket, and look like I mean it.

But that doesn’t mean I’m an advocate of telling the truth at all times. No way.   There are certain things you should never tell your children, no matter how true… 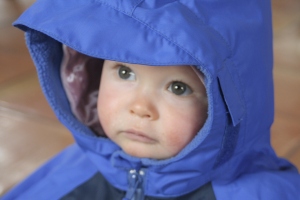 1. That you genuinely can never remember your middle child’s birthday (But you can narrow it down to two dates. And Facebook will tell you, anyway, so it’s not like you’d actually miss it. So no biggie.)

2. That sometimes, just sometimes, and only for a second, you despise them. Usually when they’re all screaming at once for no apparent reason. Or one of them has poo in her hair.

3. That you once hid in the pantry and ate a whole Easter egg. Which belonged to them.

4. That the best day of your life was not the day they were born. (Mainly because at the time you were too distracted by the fact that someone was sewing up your fanny, that you had been continually off your face for several hours and at some point you would have to come down, and that you were already anticipating the fact that they weren’t going to let you out the hospital until you could prove you’d done a poo.)

5. That sometimes you throw their ‘artwork’ in the bin.

6. That sometimes you like it when they’re a little bit poorly, because for once they are quiet, they sleep a lot, and they want cuddles all day. (And before you all write in to complain, I don’t WANT them to be ill. I’m not THAT bad a mother. Can’t stand snot or sick, anyway.)

7. That you never listened to your parents, your bedroom was ALWAYS a tip, and you often bunked off school. (You should never admit the latter to your parents, either. Even 20 years after the event.) 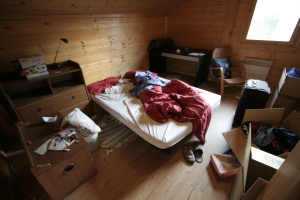 8. That you hate mushrooms. And that you deliberately pick them out to sneak onto the kids’ plates. Even though you know they hate them too.

9. That you can genuinely never remember your middle child’s middle names. Or the youngest one’s either, for that matter.

10. That you don’t actually have Santa’s phone number.

Nope, never admit any of it. Honesty is not always the best policy…

5 thoughts on “11 Things Never to Admit to Your Kids”